The Presbytery Community celebrates the many partnerships we have in mission and ministry.

New Mission Partnerships are people and churches with shared passion and vision for current and new mission and ministry opportunities.

Continuing Mission Partnerships have been part of the presbytery communities for many years.

All women of the church are members of the Presbyterian Women. Active members participate in their local congregations, in Presbytery events such as the Spring retreat, and the spring and fall gatherings at Presbytery churches. There are also events at the Synod of the Northeast, and a national Triennium gathering.

The Newton-Nairobi Partnership since 1993 maintains a relationship between Newton Presbytery and three presbyteries of the Presbyterian Church of East Africa (PCEA) in Nairobi, Kenya, benefiting individuals and congregations through shared Christian fellowship, increased cross-cultural awareness, and experiencing the joy of making a difference in lives, invaluable rewards felt by all who have been touched and lifted up by the Holy Spirit at work through the Partnership.

The N-NP Team and its partners turn the corner in 2017, focusing upon the creation of experiences which enable participants to give of and gain for themselves through service and Christian fellowship by engaging in “hands-on” mission activity in each other’s homeland, confirming our common confession of the same Lord while carrying out his ministry within our respective cultures.

Our N-NP Team will both initiate and assist congregations and individuals of Newton presbytery in planning and coordinating a variety of such mission experiences.

To provide a place apart where all people can experience God’s love within a welcoming Christian community.

In 1959, Johnsonburg Camp & Retreat Center was established to provide experiential Christian education in support of the Presbyterian Church in New Jersey. Johnsonburg today is a place where city kids meet country kids, where black and white discover common ground, where the rich and poor of means and spirit are valued equally, and where each is encouraged to take another vital step toward realizing oneness in Christ.

To learn more about Camp Johnsonburg, please visit their website.

Blair Academy was founded in 1848, when Mr. John Bunnell, a local carriage maker, and the Rev. John A. Reiley, pastor of the First Presbyterian Church, began the enterprise of establishing a school in Blairstown. According to a history of the School written by John C. Johnson for its 50th anniversary, Mr. Bunnell “seems to have been the first to urge the importance of the project,” while Mr. Reiley “threw his whole soul into what he deemed best for its (the school’s) welfare.” Successful and respected local businessman and church member John Insley Blair who would become a railroad tycoon later in life, was the third of “three men worthy of especial commendation on account of their successful zeal in behalf of the institution in its infancy.”

From its founding and through its original deeds of trust, Blair Academy has always been associated with the Presbyterian Church, specifically, the Presbytery of Newton.

To learn more about Blair Academy, please visit their website. 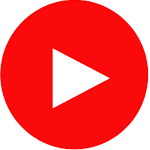