Report of the 224th General Assembly.

I have attended over 20 General Assemblies since 1982.  This Assembly turned out to be the most unique of all the assemblies. The Presbytery of Baltimore six years ago agreed to host the 224th Assembly and subsequent years worked diligently  to prepare for  the biannual gathering.   Because of COVID 19 the years of planning had to be set aside and the Baltimore Committee on Local Arrangements and the General Assembly Staff pivoted  and planned  an online assembly in three  months.  The assembly has never met this way. Many people worked ridiculously hard and countless hours to make it happen.  Though it was not perfect, the team “behind the curtain” worked quickly to adapt and fix issues as they arose. 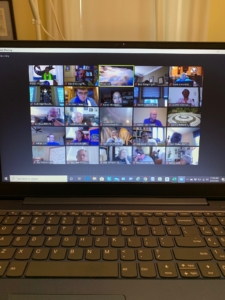 Items of Interest from the General Assembly

Election of the Co-Moderators – On Friday June 19 the Assembly met to elect the Co-moderators and do preliminary work.  Elona Street-Stewart, Ruling Elder and Synod Leader of Lakes and Prairies and Gregory Bently, pastor of Fellowship Presbyterian Church, Huntsville, Alabama were elected moderators on the first ballot.

Rev. J. Herbert Nelson, II, was elected to another four year term as the Stated Clerk of the General Assembly.

Because the need to limit the business of the assembly to “essential and critical” the commissioners lamented in light of all that is happening in our world the assembly needed to make a statement of support to the struggles that many are going through because of the pandemic, protests, and economic crisis.  On Friday June 26 , the assembly approved a resolution “Responding to the Sin of Racism  and a Call to Action”

The  commissioners approved a resolution to assist with the repairs and support for Native American Presbyterian churches that are deeply under-funded.

The Presbyterian Church (USA) Child/youth/Vulnerable Adult Protection policy and its procedures was updated and amended.

After some discussion all the reports from teams, commissions and special committee was extended until 2022 and the Commissioners approved the OGA and PMA unified budget with a 3 cent increase over 2020.

The Assembly had several opportunities to make a statement on justice for Black women and girls but each time was unable to get enough votes to consider the statement.  A missed opportunity once again. 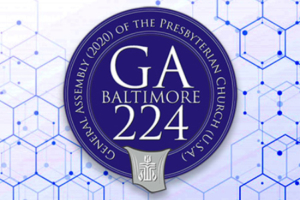 Most of the reports, overtures and other actions that were scheduled to be part of the assembly deliberations this year have been postponed until the next assembly in 2022.  The teams and committees are encouraged to meet as needed (without any budget) to update or add or tweak their reports to present at the next assembly.  The denomination, just like our own congregations, is a liminal season.  My prayer for the PCUSA leadership is that they are  open to where God is leading us all.

Understanding Why: Looking the Pandemic Through a Trauma-Informed Lens –...
Scroll to top