In the early stages of the pandemic, our church’s administrative assistant, whose daughter works at a psychiatric hospital in Washington State, provided me with chilling updates about the lack of medical supplies available for the staff there. Then as northern New Jersey was emerging as one of the hottest spots for infection in the country, Hildale Park Presbyterian Church began to search for ways to care for our congregation and community, both of which are home to a significant numbers of doctors, nurses, medical technicians, and pharmacists. While a host of individuals answered the call to produce homemade masks, I saw another need in the realm of personal protective equipment, especially as the theory of transmission was narrowed down to respiratory droplets. Looking at a medical face shield, a piece of semi-rigid transparent plastic that protects the eyes, nose, and mouth from airborne discharges, I thought to myself, “This is something that people could make at home.”

Initially, my plan was to make the shields at home out of common household recyclables, like soda bottles and pretzel-rod tubs. Two prototypes were developed. However, as I unveiled this design on our church and town Facebook pages, one of our congregants, an RN at Morristown Medical Center, approached me with the acute need. The hospital was running out of face shields built to a standard where they could be sterilized effectively. The problem, she explained, was that a lot of homemade PPE was unsuitable for use in treatment (including some of our earlier prototypes) and had to be given to patients in waiting areas and non-medical staff instead.

This began a long, iterative process with the hospital’s infection control department. The first masks, made from recyclables, were rejected for being too narrow. The viral idea of making shields out of 8.5×11” page protectors and elastic bands was rejected because the protectors were both too flexible and too short. A satisfactory mask would need to easily cover the entire face and neck of even the tallest medical workers while not touching any part of the face with the plastic, have space underneath for a mask, glasses, or safety goggles, be very clear, be resistant to fogging or wrinkling, clear the shoulders when the head was turned side-to-side (requiring a curved lower edge), and have a large enough elastic band to be comfortable for a 10-hour shift.

Adding to the difficulty of these requirements was the acute material shortage. Many sewing and craft stores were closed, and elastic had become a precious commodity. The obvious choices for materials for the headband foam and face shield material were sold out or backordered. At the time we began this project, the lead time for shipping ¾” elastic from Amazon was an unacceptable 50 days.

Due to the popularity of our recycled mask video on YouTube, we had the platform to ask residents in our town to donate elastic to the cause. The response was overwhelming; within 48 hours over 200 yards of ¾-1.25” elastic had been donated—more than was available in all the department stores within a 10-mile drive—and enough to produce 600 masks. My wife and I produced the first 100 masks that we donated on behalf of the church, and sharing news about the project with the congregation generated an overwhelming response there as well. The Presbyterian Women of Hildale Park and several individual members donated the money to cover our supply costs, and six members of the congregation have volunteered to help produce the masks while keeping social distance and wearing N-95 masks themselves.

This week we will complete and deliver our 500th mask, which is now a 6th generation design. Working with a new plastic supplier, the resulting product is now indistinguishable from the commercial mask on which it is based in terms of feel, measurements, durability, and functionality. While it has been a blessing to bring both the community and the church together to help protect those on the front line of fighting this disease, this is not a project that I hope to continue in the future. Coming from a scientific background prior to my time in seminary, I am aware of how desperate the times are for a hospital to deploy a medical device made in a kitchen, a family room, or a fellowship hall, in a patient-care environment where sterility, traceability, and National Institute for Occupational Safety and Health certifications are usually paramount. For the time being, though, we are privileged to be called by God to continue this ministry to help protect those who are risking themselves on a daily basis for our health. 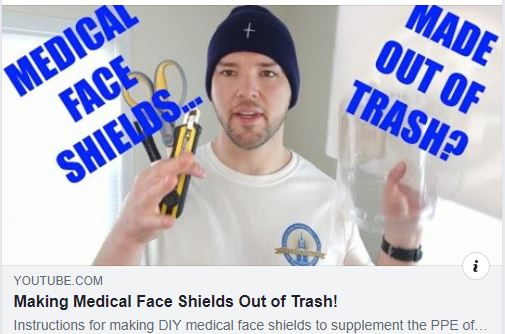 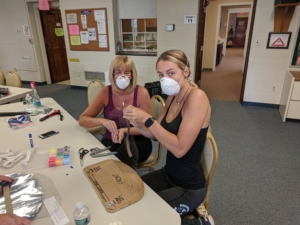 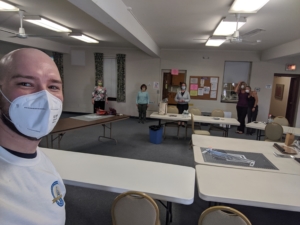 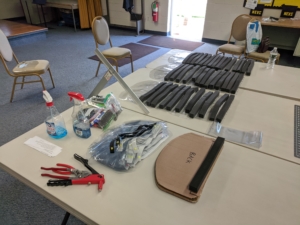 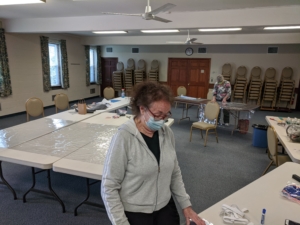 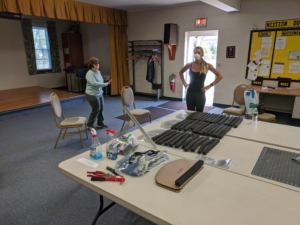 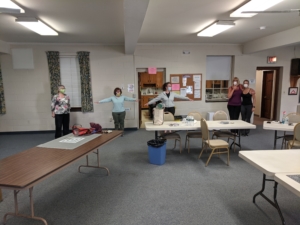 Pray for Justice
Scroll to top